Nice cars, private jets, designer clothes,your own personal No-Fly Zone around your sprawling $7-million mansion… Ok, that might not be the case for all famous people, but it is for Argentinian soccer star Lionel Messi! And the reasons will surprise you… If I could sum it up, it’d be location,location, location! The 32-year-old’s Eco-friendly home is in Gava, a town that’s about 6 miles from Barcelona’s main airport El Prat. And get this: Messi’s estate is preventing the airport from expanding! Add to that the whole “planes are absolutely forbidden from flying over it” thing, and it seems like the soccer superstar is causing a lot of inconveniences! Now, before you assume it’s all about fame,power, and the influence a big bank account will get ya, the flight restriction has nothing to do with Messi at all! No, it all comes down to Spanish law. The forward for FC Barcelona lives in an area that’s highly protected by environmental laws. His home happens to be within the perimeter,and one of those guidelines includes noise levels. The airspace is restricted because the sheer volume of aircraft would interfere with the natural wildlife in the area. That’s why El Prat Airport isn’t allowed to add a new runway near Gava. The law also states that planes must immediately fly towards the sea when leaving the airport. That would be south if you’re taking off from El Prat. By law, they cannot fly along the coast. Lucky for Messi and his family, Gava is due west of the airport if you go along the coast. So, it’s more so thanks to luck (and legal stuff) that Messi is well-protected from an airplane getting too close to his property! But why are “No-Fly Zones” important anyway? Now you know that they help preserve environmentally protected areas. They’re also usually over historical heritage sites with high traffic, regions with known conflict, and sometimes other famous or important people’s houses too. Messi’s humble abode isn’t the only No-FlyZone, of course. Here are some others your next flight might bypass! – Boundary Waters Canoe Area Wilderness in northern Minnesota Home to 1 million acres of pure breathtaking nature, the U.S. Forest Service keeps this area well-protected. This forest is one of the most popular spot in the States for fishing, canoeing, and hiking. It’s also home to glacial lakes, metamorphic rocks, and microfossils. – Windsor Castle, UKLocated in Berkshire, England, this architectural beauty was once a fort built during the 11thcentury by William the Conqueror. 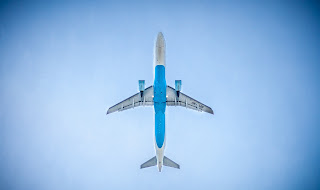 I wonder if his friends called him Bill? Anyway, since then, it’s had a long history and ties with the British Royal Family. It’s right up there with Buckingham Palaceas far as having the status of a national treasure. By the way, the airspace above Buckingham Palace is a No-Fly Zone as well! – Machu PicchuIt’s one of the most famous historical sanctuaries on this planet. As such, Peruvian authorities can’t risk disturbing the World Heritage Site or the wildlife living around it. Sure, plenty of tourists visit the ruins to learn all about the Inca Empire. But as of 2006, nobody can fly a plane over it! – TibetYou might assume it’d be the same case for this historic and culturally rich place. But for Tibet, the flight restriction is all about passenger safety. The region isn’t just home to the tallest mountain in the world, the mighty Everest, it’s also covered in peaks! What does that have to do with planes? Well, there’s a risk that the pilot won’t be able to set the aircraft down somewhere between all those mountains in case of emergency. – CubaAny sort of foreign aircraft approaching Cuba has to get special permission ahead of time. Airlines that are allowed to fly into Cuba Include JetBlue, American Airlines, and Delta Fly. The flight from New York to Havana is the most popular. – Finland This Scandinavian country holds the title for being home to the happiest people in the world! Perhaps part of the reason is that they don’t have the sound of jets keeping them up at night? Ok, the whole country isn’t a No-Fly Zone,but certain areas are for sure. That includes the space over their nuclear power plants. And the area around their oil refinery is completely out of the question also. For as many places that have aircraft restrictions,there are some surprising ones that don’t have an airport at all! – AndorraThis small nation between France and Spain in the Pyrenees Mountains is the largest in the world that doesn’t have an airport. It is, however, home to three heliports. So, if you’re interested in checking outAndorra, you might need to find a helicopter first! – LiechtensteinWith the two closest airports being 30 to 50 miles across the border in Switzerlandand Germany, tourists typically take a bus or train into this microstate wedged between Austria and Switzerland! – Monaco This small Western European country also has a heliport instead of an airport. If you want to fly in by chopper, you’ll be landing at the Monaco Heliport in Fontvieille. I’m starting to see a theme here: European Countries are so close together that many of them don’t even need a big bustling airhub! – San MarinoHere’s another microstate, this time found in the north of Italy. Surprise surprise, it has its own heliport. But it also boasts a small aerodrome with a grass runway! Aerodromes are areas where aircraft activity takes place. That means, technically, all airports are aerodromes. However, not all aerodromes are legally designated airports, so it made my list! – Vatican City Keeping with its European counterparts, people living in the wealthiest city-state in the world would need to go to Rome for their flight. Not a major inconvenience – Vatican City is located within Rome, after all! It’d be an impossible feat to try and fit an actual airport anywhere here: the city-state is smaller than Disneyland! And here’s another freebie: the two Disney Park locations in the US are also No-Fly Zones! Finally there’s a place in France where you can’t wear trousers with zippers in the front. It’s buttons only. Why? Yes, you guess it: It’s also a “No-Fly”zone. Sorry I couldn’t help myself… On the flips ide are countries that people often frequent, making them home to the most airports in the world! Counting down from: #6. Argentina And we’ve come full-circle back to Lionel Messi’s home country! The Ministro Pistarini International Airportis Argentina’s largest, and it stays busy. So far this year, the airport has seen a total of over 8.5 million passengers! It makes up one of the 1,130 airports in the nation. #5. Russia As the largest country in the world, it might come as no surprise that all that territory is sprinkled with loads of airports – 1,218 of them to be precise. The busiest is Moscow’s Sheremetyevo InternationalAirport, which saw more than 45 million passengers in 2018! #4. Canada My neighbor to the north has a bit more with 1,467. In 2018, the Toronto Pearson InternationalAirport served almost 50 million passengers! #3. MexicoOf the country’s 1,714 air hubs, Mexico City International Airport was the busiest in 2018. They helped 47 million travelers get to and from their destination! #2. BrazilThe only Portuguese-speaking country in South America whose territory is mostly made up of the Amazon Rain forest hosts 4,093 airports. The Guarulhos International Airport in São Paulo sees the most activity, serving just shy of 43 million people in 2018. Aaaand for the top-dog when it comes to the airport business… #1. The United States It wasn’t even a close match given that the US, as THE most visited country in the world, has 14,712 airports! Oh my! Specifically, the busiest one in the US is the Hartsfield-Jackson Atlanta International Airport. Hold onto your hats: just in 2018, it served over 107 million passengers! Wow that’s a lot of lost luggage! Which of these places would you like to visit? Have you already been to any? Let me know in the comments! If you learned something new today, then give the video a like and share it with a friend! Here are some other cool videos I think you’ll enjoy. Just click to the left or right, and stay on the Bright Side of life!